View 600 artifacts from the daily lives of the Vikings. Many have never been on display in North America.

The Franklin Institute’s new exhibit “Vikings: Beyond the Legend” is a glimpse into the daily lives of the Viking people and their history as artisans, farmers, traders, and explorers. This massive exhibit covers 16,000 square feet in both the Nicholas and Athena Karabots Pavilion and the Mandell Center. The 600 artifacts are spread throughout seven sections, and many date back to the 9th century. 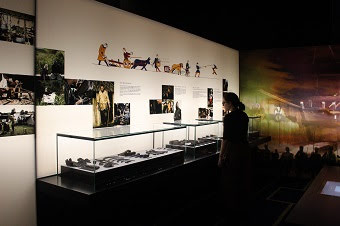 The artifacts are on loan from the National Museum of Denmark, and some have never been exhibited in the US. The exhibit runs through March 3, 2019.

Vikings are often thought of as barbaric marauders who pillaged and plundered their way across Europe, and sadly their history has been shrouded in misinformation and controversy, even up to the 1970s. “For many years it wasn’t appropriate to talk about the violence of the Vikings,” said Peter Pentz, curator of the National Museum of Denmark in Copenhagen. “We dig a little bit deeper than the usually stereotype of the blonde, tall, Viking male warrior.” 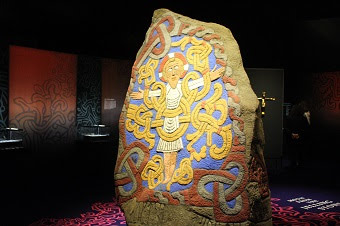 Today, archaeologists are uncovering more evidence that these people were a complex society of problem solvers ready to adapt to new and changing environments. “This exhibit goes beyond the legend as the name suggests,” said Larry Dubinski, President and CEO of the Franklin Institute. “It explores the Vikings as skilled farmers, artisans, and merchants who established towns and cities.”

As you enter the atrium at the Franklin Institute, look up to see a life size replica of a Viking sailing ship hanging from the ceiling. When you enter the Karabots Pavilion, another replica ship greets you. The Joanna is a 21-foot historically accurate replica, carefully reconstructed with traditional Viking methods and materials that would have been used during this time period. 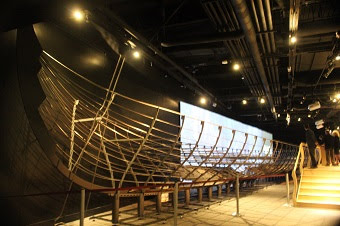 When you walk in to Mandell Center, the 122-foot Roskilde 6 is set in front of a giant video screen allowing visitors to understand how big these ships were, then contemplate traveling far into the North Atlantic in one of them. A wooden walkway elevates visitors and allows you to take in the full breadth of the ship. 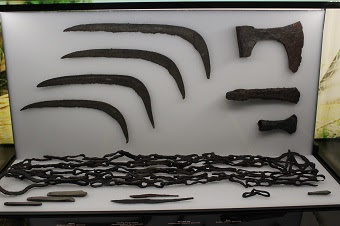 The Vikings were skilled metal workers and created weapons for combat and hand tools to build their ships and make life easier. Iron forging made some advancements during this time period, and the demand for weapons across Europe and beyond led to the mass production of steel for various uses. The artifacts show intricate detail and craftsmanship that is unique to this time period. Visitors will see a variety of spearheads, pliers, tongs, and blades along with decorative clothing pieces worn to battle. 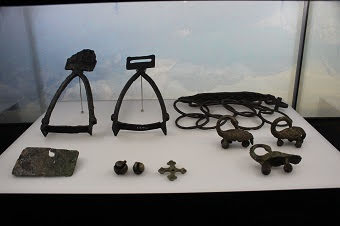 Jewelry and decoration were also important to the Vikings. One display shows a large pin adorned with a tiny horse rider where thread or rope could pass through. Another features a variety of necklaces adorned with Viking metal pieces. The Vikings were major traders and traveled all across Europe and Asia. Another necklace uses coins from different regions, presumably showing where that Viking had traveled to. 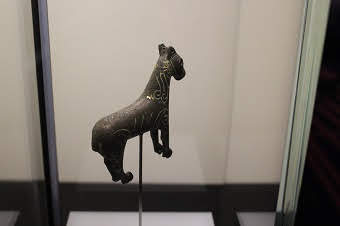 The curators hope to push back on the negativity surrounding Vikings by providing the most up to date artifacts and knowledge about daily Viking life. “(This exhibit is) curated to present a more nuanced picture of the Vikings, challenging their enduring image as brutal raiders,” Dubinski said. 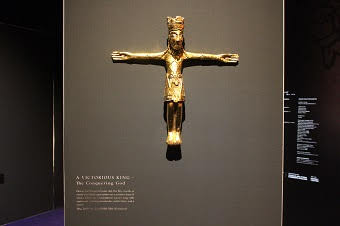 Pentz describes this collection as the most up to date representation of what we know about the lives of the Vikings. “Viking research and our knowledge of the vikings is continually developing,” Pentz said. “What we present to you in this exhibition is as recent as it can be.” 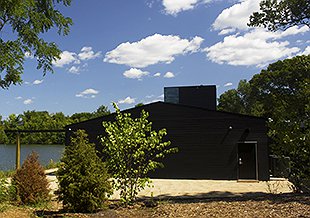 River Days is Back and GoPhillyGo Can Get You There Sustainably

The annual River Days celebration is happening now with events taking place at parks and environmental centers across the watershed. 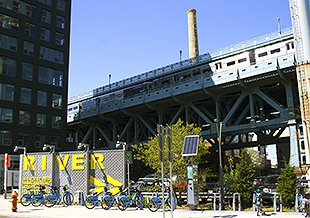 Ride Your Bike All Month For Cycle September

Sign up for the Cycle September Challenge and compete against your friends and co-workers for cool prizes and bragging rights. 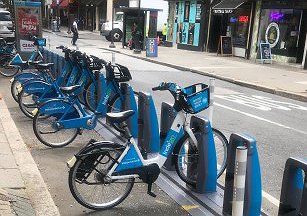 There is still time to sign up for Cycle September

All you need to do is sign up and log one ride to be in the running for cool prizes. Sign up today and get riding!