Tempestries are knitted scarf like tapestries that visualize the changes in temperature over the past century and more. Cities all over the world are making them, and now Philly has its own set.

A new art show at the Schuylkill Center for Environmental Education is now open and stars climate change. It does not feature large font statistics, pictures of super storms, or graphs discussing the global temperature increase. Instead, the walls are lined with rainbow colored temperature tapestries, or tempestries, of all different lengths and widths that represent weather data spanning from the 19th century to 2018.

In early March 2019 the Schuylkill Center sent out a call for knitters and crocheters to join them in building a Philadelphia collection of tempestries. Dozens of fiber artists responded to the call. Thirty-seven lucky knitters and crocheters were awarded yarn and the opportunity to create a homemade visualization of the daily high temperatures for one year in Philadelphia.

Tempestries are made in many places across the world and only require one year of recorded weather data. The Schuylkill Center’s Philadelphia collection of tempestries spans from 1875 to 2018 in 5 year intervals. Viewers can follow the gradual warming and cooling of the city from January through December by looking from top to bottom.

Each tempestry is a snapshot of one year of Philadelphia’s weather, and represents 37 years of late spring freezes, sticky hot summers, cool falls, and cold winters. Together the tempestries allow us to visualize how much warmer Philadelphia has become over the past 144 years.

Major cities like Philadelphia feel the effects of the climate crisis harder than other areas, and this is the first time handmade knit and crocheted tapestries have depicted this story. The Schuylkill Center hopes to use the collection to teach visitors about climate change.

Olivia Ortiz, a staff member of Clean Air Council’s transportation program, knit the tempestry representing the year 1985. It was the first thing they ever knit. Not only did they learn a new stitch, but participating in the tempestry project gave them an extra reason to visit the Schuylkill Center which has amazing trails through meadows, forests, and hills overlooking the Schuylkill River! To see Olivia’s work and the other tempestries, plan your trip to the Schuylkill Center here. 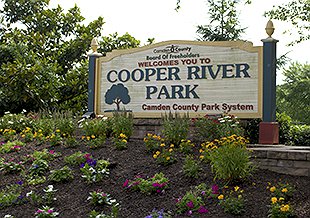