Explore a brand new exhibit at the Fairmount Water Works Interpretive Center that tells the history of public pools in America and how access to them was influenced by segregation.

Water is one of the most important natural resources on the planet, and its availability shapes cities and determines where people live. Water also provides places for recreation and relaxation. However, access to pools and other places to swim has not always been available to everyone. Communities of color often had little or no access to public places to swim, and people of color were barred from existing public pools based on the color of their skin.

The Kelly Natarium or Kelly Pool opened in 1961 in a space previously used as an aquarium, and before that, the building housed the equipment for the Fairmount Water Works which pumped water from the Schuylkill River to homes and buildings across Philadelphia in the early 19th century. The Pool became a tremendous asset for city residents and a place where black and white people came together to learn about and enjoy swimming during a time where many pools in America were racially segregated.

Today, this historic building is part of the Fairmount Water Works Interpretive Center and home to a new exhibit. POOL: A Social History of Segregation tells the story of public pools in America, the role they played in segregation, and the desegregation struggles that took place at public pools across the country during the civil rights movement.

“(The) timeline highlights different points in history where incidents (like) where someone tries to integrate a pool played a part and catapulted the civil rights movement,” said Watts-Williams. “Seeing those visuals, and understanding how all the pieces come together, really informs where we are today.”

This exhibit is free, and located along the Schuylkill River Trail, so getting there sustainably is easy. Use the GoPhillyGo mobile site or Android app to get easy walking, biking, and transit directions to POOL and other exciting parks, trails, and events.

Plan your trip to POOL: A Social History of Segregation

POOL was just about to open last summer, but Hurricane Ida flooded the building right before the planned opening. Fortunately, the exhibit was designed in a way that a lot of it could be taken apart with some ease, but as people scrambled to save everything they could, it became clear that this was going to become an extreme weather event, and there would be damage. “It wasn’t visually flooding right away, but you could tell from the storm that it was not going to look good,” said Watts-William. The exhibit has been fully renovated, and is largely the same as it was before the flood, with a few pieces moved to places less vulnerable to rising water.

According to Watts-Williams, outfitting the space for the exhibit presented unique challenges. “It’s an unfinished space. You have the original pool lanes, the original windows. You want to maintain the historical features, but also make it safe,” said Watts-Williams. “There was a lot of thought that went into making sure we preserved the space and made it welcoming.”

The “Featured Voices” component of this exhibit shares first hand experiences from people like famed Philadelphia swim coach Jim Ellis, who founded the first African American swim team in the country here in Philadelphia. His story was personal to Watts-Williams who grew up in North Philadelphia and had Ellis as her swim coach. “He was actually my swim coach as a kid,” said Watts-Williams. “You don’t realize as a kid that that person has a story and that it really is bigger than that particular lesson. He was teaching us a life skill.”

Access to this exhibit is important to Watts-Williams, and she believes that making this free is important to telling this story. “We want to educate everyone. That’s just one barrier that’s been eliminated. When you think about equity and education, it should be something everyone has access to.”

While much of the content touches on history that can be unpleasant, there is room to reflect on how much progress has been made.

“It’s not all pleasant images because you are dealing with racial injustices and things like that, but it also shows in addition to how we have been resilient in this space, we are resilient as a society,'' said Watts-Williams. “When you grow up in North Philadelphia you were just told to stay away from water, which just isn’t realistic. When you think of Philadelphia and the amount of public pools, it really drills down the importance of access to water for everyone.”

POOL: A History of Segregation is free and runs until August 31. Plan a sustainable trip to see this important free exhibit with GoPhillyGo. 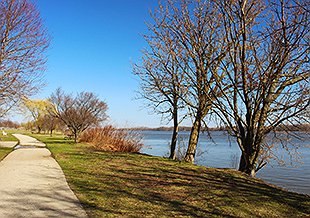 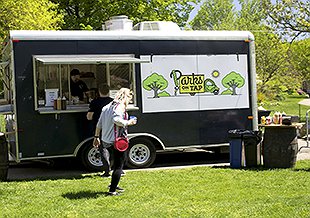 This Week in the Watershed September 19th - 25th