The segment of the Schuylkill River Trail (SRT) known as South to Christian was officially opened to the public on April 20 with guest speakers including the Mayor and Councilman Kenyatta Johnson. 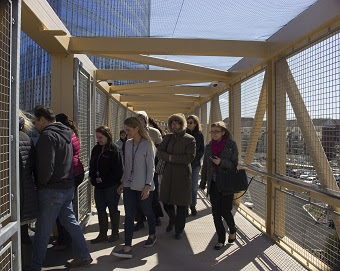 A ceremonial gate opening to the “CHOP bridge,” a pedestrian walkway over the freight train tracks leading to stairs to the trail, was also opened, and the hundreds of people who watched the speakers took an inaugural stroll over the bridge and down to some waiting pretzels and ice cream. 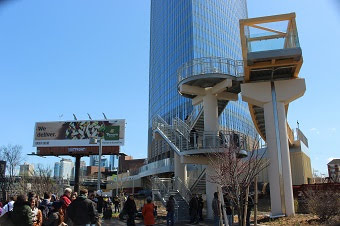 This is an important piece in the continued effort to link the SRT to a swing bridge over the Schuylkill River at Grays Ferry Crescent Park, and on to Bartram’s Garden. Philadelphia recently received a $12 million TIGER (Transportation Investment Generating Economic Recovery) grant to use toward connecting the final segments of the SRT through Southwest Philadelphia to the Delaware River. 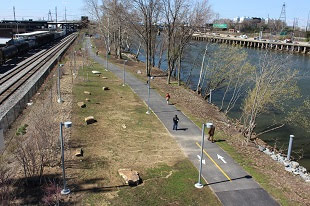 Schuylkill Banks also announced this week that “Preliminary Site Work” has begun regarding the swing bridge at Grays Ferry Crescent. This project is scheduled to be completed by mid 2019, and will require two cranes on barges to remove the existing truss. Construction on the portion known as Christian to Crescent is scheduled to begin in 2020. Watch the Mayor and Councilman Johnson deliver remarks at the opening ceremony.